St Thomas More Catholic, a secondary school in Buxton, Derbyshire, had been upgrading to LED lighting in stages over the last few years. When Save Energy 2 Day discussed the Salix funding option with them, they decided to apply to complete the project in one go.

School Business Manager Sue Waldron said: “We had been doing the work as and when we had the funds. When we learned of the Salix route, it just made sense.”

It wasn’t only the energy savings; maintenance was a factor. Sue said: “We have a sports hall that is let out in the evenings, which was a major issue. Lots of lights were failing and it was expensive in terms of maintenance. It was going to be a huge amount upfront to replace them with LEDs.”

After speaking to Emma from Save Energy 2 Day, it became clear that getting quotes from other providers would be much more difficult. “Other companies wanted a couple of thousand pounds just to come through the door to do the survey,” said Sue. In addition, there was no support offered with the Salix application.

“It was clear that Save Energy 2 Day would be the preferred provider,” Sue said. “Emma was very thorough which gave us the confidence that they know what they’re doing.

“In the end we took the Save Energy 2 Day proposal to governors, which was approved as they thought it was a good solution.”

The fact that Save Energy 2 Day did the initial scoping saved Sue time as well as money. “To get the whole lighting audit done with no cost to us was very helpful. They also prepared the Salix application which was very helpful.”

Sue said the after sales service met her expectations as well. “The attention we received and the level of detail were first rate. Emma rang up regularly to ask how things were going and visited the school regularly.

“The contractors were of a high quality and the communication was fantastic. We knew exactly when they were coming in, and what they would be doing that day.

“When they were here, we hardly knew it because they didn’t want to disrupt the school routine. They just got on with it, and they were very tidy.

“The odd time that we had to ask them to stop, for instance for an exam, they were very accommodating.”

When asked what could have been better, Sue said: I can’t fault anything really. I’ve recommended them to other secondary and primary schools. They’ve already completed a project at one of our feeder primaries.

One added bonus is that the light levels are far better. “It’s a win-win all round,” said Sue. “I can’t recommend Save Energy 2 Day highly enough.” 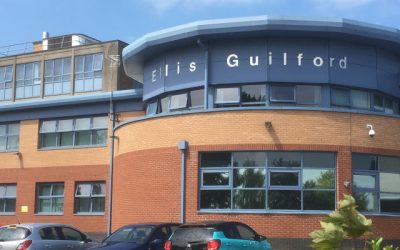 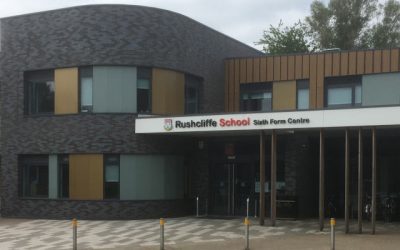